Essential reading for all magicians

"Good afternoon I am Paul Anderson calling from the Industry Directory and don't worry, I am not doing Telemarketing I am not trying to sell you something. I just want to ask you a few questions for a quick survey."

"No I am not selling anything."

"But if you're taking a survey, you're doing marketing?"

"No we just want to ask some questions so we can get a feel for the... (I bet he was about to say "market") business. I just want your approximate answers."

"What is your occupation?"

"Ah, if I told you, that would be a precise answer. You wanted approximate answers."

FISM has just released this excellent guide for magicians who use music in their shows.

Well worth a read.

Even magicians can be surprised...

I just got back from doing a show up in Horsham and my record for always choosing "the right volunteer" has finally been tarnished.

The show was going well (other than the fact that, in an audience of over 200 people, no-one had a cigarette... I've just GOT to stop doing that trick!) and I called an older gentlemen up on stage to do the "Toast" routine.

As he came up to the stage I noticed he was limping and I thought "No problems, I'll have to modify the routine a little, but it will still work."

I called for two glasses and a carafe of water. I gave him a glass and poured one, but he didn't want my water and filled his glass from a jug on the guest speaker's table.

I started the toast and explained he had to copy everything I did, exactly.

I moved my glass up, down, up, down again. He copied, good so far.

I moved mine to the left, he moved his to the right and clinked it with mine.

I reiterated the instructions and pointed out he needed to move his to the left.

So he put his glass in his left hand, moved it to the right and clinked mine again.

Another attempt, and he was following correctly.

I held my glass on top of my head.

He put his glass on his head, then whacked it and it went flying behind him.

Then he tried to knock my glass off my head as well!

So was the audience.

His glass of water had just missed the guest speaker's open lap top sitting on the table behind him.

I decided to move on to something else.

I explained he was lucky he didn't destroy the computer as it would cost him a lot of money, and I took out my wallet, opened it and it burst into flames.

Normally, people reel backwards when they see the fire.

He leaned his head into the wallet and tried to blow it out.

Suffice to say I was able to finish the show on a high, wrapping it up with the 'Bill to Banana', but he was truly the oddest volunteer I've ever had to deal with.

When he walked back to the audience, I even noticed his limp was gone. I hadn't miraculously healed him, it was just an affectation he decided to put on when I asked him to come up the front. Weird.

After the show he came up to me and explained. "I hope I didn't mess up the show. I don't know why I did that, I just did." I said "Well if you ever figure out why, please call me, I'd love to know."

Other than that oddness, the client and the audience were very happy, and sympathetic. Apparently he's quite the local character...

Speaking of local characters, I had to stop on the way home and take a photo of this to share with you. The 'Giant Koala' of the famous 'Giant Koala Tourist Park'. 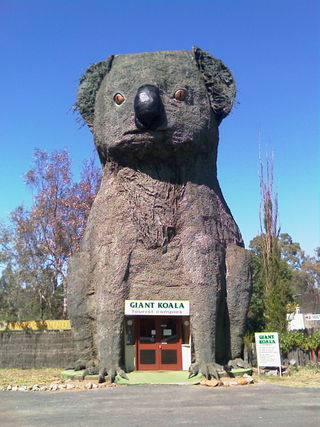 Just back from an enjoyable night of entertainment at Mitcham Magic.

The Mitcham RSL was bustling with families enjoying a meal together in the bistro eager to get inside and see some magic. There was even a large group of Scouts who were making a night of it.

Nick Morton hosted the show, and kicked off by introducing "The owner of The Magic Store and expert Cardician" Kamal Bhushan. Kamal performed a series of very strong card effects, demonstrating his "super powers" including instant memory, x-ray vision, and super hearing. It was a nice presentational element and the audience were very impressed by his material.

Fifi the French Maid (Hazel Brock) was next, with a brief interlude of juggling to music. It's a nice act where she incorporates her broom and mop as she juggles with balls.

Next was a 20 minute break and then Nick kicked of Act 2 with a series of mentalism routines including several book tests and a phone book test that was the big topic of discussion with the audience after the show. They simply couldn't fathom any possible method.

The final act was Alex De La Rambelje with a variety of magic including an interesting rope routine, invisible deck, chop cup and a nice card manipulation set to Rhapsody in Blue. Alex was introduced as the winner of the ASM's close up competition.

The show finished just after 9pm but people hung around chatting until after the RSL closed at 10pm. It was good to catch up with a lot of old and new friends and to sit back, relax, and watch some magic.

Another magic week in Melbourne

Another big week of magic in Melbourne for fans of conjuring.

Tonight it's MITCHAM MAGIC, a big show at the Mitcham RSL.

Tuesday night it's THE CATCHPENNY CLUB, featuring none other than Al Cappuccino (and Trixie!)

Wednesday night it's magic at home with THE MENTALIST on channel nine.

And if you happen to be in Griffith, don't miss COSENTINO with his great theatre show THRESHOLD at the Griffith Regional Arts Centre this weekend.

Quick update for those fellow cinephiles who enjoy the odd flick or two.

Just back from 'Young At Heart', a wonderful uplifting documentary about a group of singers, average age 80, who have stolen the hearts of audiences all over the world with their enthusiasm for life and their rather unexpected songlist. Definitely recommended!

'Journey to the Center of the Earth 3D' is a fun popcorn action flick starring Brendan Fraser, but don't make the mistake Nicholas Johnson made, not all cinemas are screening it in 3D. Some of the effects are quite effective in 3D, but as we know effects do not a movie make. So if you're willing to check your brain at the door and sit back for some wacky yo-yos and extendable tape measures "comingatya" you'll enjoy this one.

'Burn After Reading' is a comedy from the talented Coen Brothers that generates laughs from the most unexpected places. Lots of laughs. The writing i so sharp and smart, you notice it, and the performances from Brad Pitt, George Clooney and John Malkovich are outstanding. It's got twists, murders, action, romance and did I mention laughs?

'Body of Lies' with Russell Crowe and Leonardo DiCaprio is an intriguing film. Both of the stars turned in excellent performances, especially Crowe's portrayal of (metaphorically) America. Ridley Scott's direction was on par with last year's 'American Gangster', but I still don't know whether I liked the film or not... it certainly reverberates.

'Eagle Eye', on the other hand, is a film as ridiculous as it's plot. Steven Spielberg had the original story idea, some say he was going to use it for another project, but he handed the idea over when he decided not to direct it. The concept is that "they" can track anyone, anywhere in the world. They can listen to you through your mobile phone, even when it's off, they can watch you on any security camera and kill you by remotely causing electric wires to fall on you. It has a lot of action and intrigue going for it, but the plot holes were just a little too big for me to avoid falling through.

FISM 2009 - The World Chumpionships of Magic!

One of the other great reasons to go to China next year for the FISM World Championships of Magic, is the opportunity to see 'Chinglish' in it's natural environment.

Even though the Chinese government attempted to stamp out poorly translated signs in the run up to the Olympic Games, many slipped though. 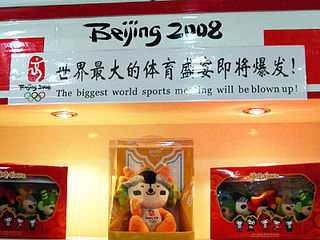 But no matter where you look in China, odds are you'll be rewarded with a smile: 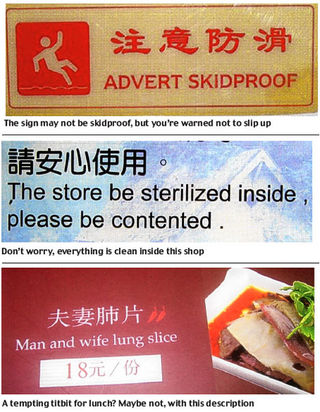 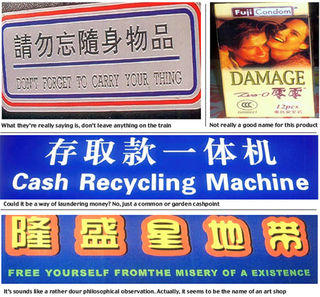 And just in case you think we're exaggerating, there are almost 2,500 photos of Chinglish signs here!

We've lost two of magic's greats over the past few days. Nick Trost & Ted Lesley. Both had brilliant and creative minds for magic, Nick specialising in cards and Ted coming up with some sensational mentalism pieces as well.

Magic is better because of their legacies.