I'm watching 'Criminal Intent' on Channel 10 because it's a special magic-themed episode.

It's the usual cheesy TV fiction version of magic (you know, magicians protecting their secrets, etc) but it did feature three distinct styles of magic, which was a nice change. The David Blaine/Criss Angel endurance stunt magician, the stage mentalist with his big screen camera on stage, and the old-school magician performing to a bored audience of six at a sideshow.

The storyline had a magician being murdered by a jealous rival, and a criminal profiler who just happened to know a whole lot about the art of magic solving the case.

(What a ridiculous plot! Can you imagine magicians being jealous of another magician? Impossible!)

What was interesting to me though, was the buried alive stunt featured in the show. It reminded me of the one I did back in 1988 - twenty years ago!

The idea was to come up with a stunt that would get national media attention and promote 'Magic Week - The National Festival of the Magical Arts'.

I was nailed into a wooden box live on the 'Today' show at 8am, and lowered into a grave dug in the lawns of the Caulfield Town Hall (which was the venue of our gala show). A huge earthmover then covered me with tons of earth and Paul Bowen monitored my progress on a heart monitor on the surface. (This was way before the invention of the web cam they used on Criminal Intent).

Seven hours later, on the TV show 'Live at Five' I was scheduled to emerge from the grave, but instead a plare went off on the roof of the Town Hall and I came abseiling down the wall.

What was supposed to be a magical surprise was a disappointing ending to an escape. Yes, people wondered how I got to the roof of the Town Hall from six feet under, but they simply assumed I was never in the grave in the first place and the whole stunt was dismissed as just a trick.

I learned a very important lesson that day. Never mix magic and escapes.

I saw Saw V this morning.

I wasn't really planning to see it, but Nicholas Johnson SMSed me and we decided to make a morning of it.

The first SAW was sensational. Gory and scary yes, but brilliant and innovative. The second SAW was rushed into production using a script already written but adapted to sort of fit in to the Jigsaw mythology. SAW 3 and SAW 4... well... interesting but frustrating.

SAW V fills in a lot of the gaps, explains a lot of whys and hows, but when it's over you feel like you've spent an hour or so on a bridge between two much more interesting places.

There are a lot of flashbacks, but I found myself wishing I was watching those scenes again instead of the current instalment.

Plus, I had the same problem I've had with SAWs 2-4. The main characters like Hoffman and Strahm, are so two dimensional and similar in appearance I kept trying to figure out who was who... and I really didn't care what happened to either of them.

The tag line is "You won't believe how it ends."

I did. I could see it coming a mile away.

But the original SAW, now that was an ending!

I think it might be a wise decision to wrap this whole thing up with SAW 6, because if they keep churning them out like this, the fans will lose interest in playing with Jigsaw.

iTricks, the team who do the best Podcasts in the business, are upping the ante with a new feature, the iTricks iNterview.

It's a video interview on YouTube and episode one is out now featuring Joshua Jay. CLICK HERE

So far the content is the same as the iTricks podcasts, but hopefully future episodes will take advantage of the fact we can see the magicians and include demonstrations, performances and more visual elements.

The great Justin Robert Young says he has interviews with Angela Funovits, Kostya Kimlat and Gerry McCambridge coming up.

Here's an interesting new site I've come across that should appeal to those who love to watch magic.

Take a look at their massive content, plus their live crosses to McBride's WONDERGROUND and let us know what you think! 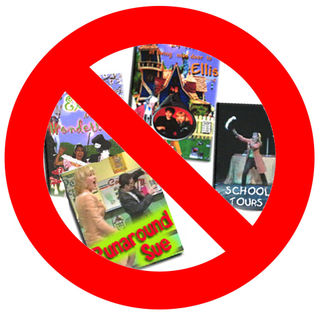 We sold out of the RUNAROUND SUE lecture notes a while ago, and Sue-Anne's SCHOOL TOUR notes sold out a little after that. Today we sold the last copy of the ELLIS IN WONDERLAND lecture notes, and now we only have TWO copies of the notes 24 YEARS OF LIVING NEXT DOOR TO ELLIS. After that, we have nothing left!

If you're quick though, Denny & Lees in the USA do have limited stock of our notes, and you can buy the entire set of 4 here at a bargain price!

We have no idea when (or if) we'll bring the notes out again so if you've been putting it off, contact Denny's now before they all disappear.

Learn how to Unicycle... in one easy lesson!

Mat Unwin sent me a link to this clip.

Look out clowns and circus performers... you're about to become less impressive!  ;)

Since I wrote this post about the Masked Magician a few days ago, I've been thinking. The producer of the show is right. We do sell our secrets to anyone, with no caveats.

I know there are a lot of lawyers who are also magicians, so here is my question -

Is there a way that SOMEONE could create a standard 'non-disclosure agreement' that could be used everytime a magic trick is purchased?

Would this help prevent the sort of mass exposure we are seeing on TV and Youtube?

Is this a practical idea or merely a pipe-dream?

Personally, if I was made to sign a legal document agreeing not to expose the secret of the trick I was buying, I'd certainly take the whole issue quite seriously.

And all the inventors/dealers/manufacturers out there... what do you think?

Brendan Croft has returned to the world of blogging with a post about 'The World Festival of Magic' which is touring Australia and hit Melbourne last weekend.

Welcome back Brendan, and in this ever-decreasing circle of magic bloggers we look forward to hearing more from you.

To cheer myself up after the dark cloud that is 'The Masked Magician', here is a whole bunch of stuff I'd much rather watch on TV!

Mirror, mirror on the wall... 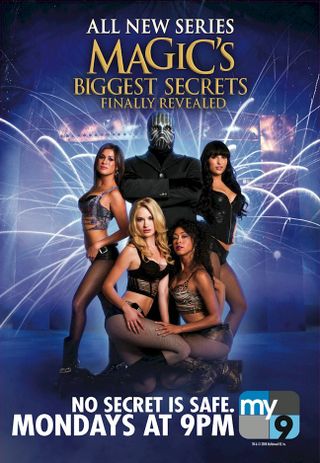 We've been ignoring the rebirth of the 'Masked Magician' franchise as an all-new series has been airing in the USA on the tiny cable channel 'My Network', but I just read an interesting snippet of "insider goss" that I think all magicians and especially magic dealers need to think very carefully about.

"I have just returned from a trade show in Cannes. It is for the TV industry and they were selling the MM show on a trade stand and I spoke with someone who new a lot about the show. He thought I was working for the BBC and was happy to share info. It seems that the show has been re commissioned due to the success of the original series being repeated on the MyNetworkTV station. He boasted to me that the show has saved the network and as a result they ordered another thirteen shows and a project that was dead was suddenly revitalised.

The guy I spoke to was from a company called ‘Alfred Haber’ and it was him that told me that although they have numerous magicians working behind the camera, the MM is only a Dancer to ensure a theatrical performance. I also asked him how they were able to reveal the secrets and he explained that anyone can buy illusions if you know where to look. He said that they have bought illusions from some very well known magicians but they were never sold with any sort of contract that limits the use or exposure!"

So there you have it.

Now you know exactly who is responsible for the Masked Magician... we are.

Jim Steinmeyer has famously said "Magicians guard an empty vault." Maybe if we had bothered to lock it in the first place, it wouldn't have been emptied so easily...