The nominees for 'Magician of the Year' are... 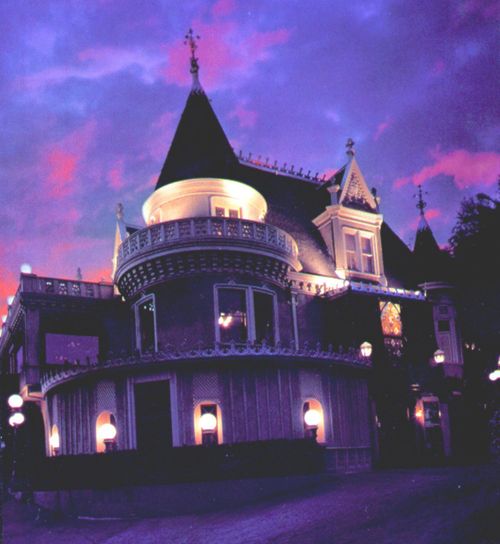 Close-Up Magician of the Year

Parlour Magician of the Year

Stage Magician of the Year

Lecturer of the Year

These Awards will be presented at the 41st Annual Academy of Magical Arts Awards on Sunday, March 8 at the Avalon Hollywood. For more information, check the Magic Castle website

This year's show should be quite interesting as it's being produced and hosted by actor Neil Patrick Harris and written by David Regal. 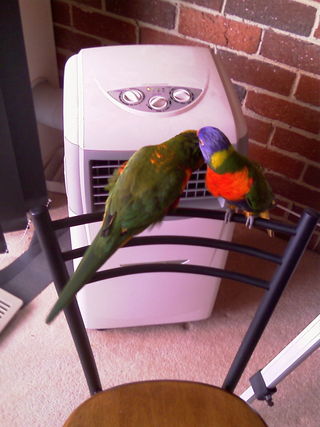 On Wednesday we had over 150 trains cancelled in Melbourne because the 43 degree heat buckled the tracks, thousands of homes were without electricity, bushfires are blazing and our water supply is being depleted at an alarming rate.

Just another January in Melbourne.

Yes, there are the alarmists declaring that Mother Nature is fighting back with global warming as punishment for the way we mistreat our planet, while others are simply blaming the State Government for not being prepared (again) for our annual month of extremely hot weather.

The 2003 European heat wave was one of the hottest summers on record in Europe. The heat wave led to health crises in several countries and combined with drought to create a crop shortfall in Southern Europe. Approximately 35,000 people died as a result of the heat wave.

1n 1983 and 1988 there were massive heatwaves throughout the United States with temperatures over 38°C resulting in thousands of deaths.

Well so far, despite three consecutive days of 43+ temperatures, I haven't read reports of any deaths. BUt then, I think we're better equipped to cope with the weather  extremes our country throws at us on any day of the week (and in Melbourne, it's often all just on the one day!)

The interesting thing about these figures is the fact that most of the highest temperatures ever reached in each continent around the world were recorded in the early 1900s. (See here) So if global warming was to be considered true, then we'd have easily set new record temperatures by now.

The other thing I find interesting, as a magician, is the predictions (sorry, forecasts)The Bureau of Meterology have been making. I really wish I was given as much grace with my "forecasts" when I'm predicting a card a spectator might select.


When I checked at www.Weather.com.au (though they keep changing their predictions too) they told me:


So it looks like we'll be sweating it out for a week or two yet, but just pop a wet towel on your head and carry on because unless it gets a lot hotter it's still business as usual.

In early 2006, Adelaide was hit by a dry heat wave with temperatures reaching 40+ °C for five days in a row, we could come very close to breaking their record. (Though we did set a new record for Melbourne. Today's temperature of 43.8 degrees recorded at 1.52pm marked the first time since records began in 1855 that the city has had three consecutive days above 43.)

But it still wasn't as bad as July 2006, when the United States experienced a massive heat wave, and almost all parts of the country had recorded temperatures above the average temperature for that time of year. Temperatures in some parts of South Dakota exceeded 115 °F (46 °C), causing many problems for the residents. Also, California experienced temperatures that were extraordinarily high, with records ranging from 100 to 130 °F (38 to 54 °C).

However, we Aussies can still hold our heads proudly. The record for the longest heatwave in the world is generally accepted to have been set at Marble Bar, Australia, where from October 31, 1923 to April 07, 1924 the temperature broke the 37.8 °C/100 °F benchmark, setting the heat wave record at a scorching 160 days.

"Hot enough for ya?"

It follows his day to day performing experiences and, as he's heading off to Edinburgh for 6 months, should be a great way to keep up to date with "Tricky Nick".

One of Brendan's heroes, the ultimate new wave escape artist, Jonathan Goodwin premieres his new series ONE WAY OUT on The Discovery Channel in the USA tonight.

No word on when it will air here in Australia, but personally I think it would be a huge hit!

Take a look at the trailer and tell me what you think?


And here he is promoting the show on 'Jimmy Kimmel'

Mat Unwin really wanted to share this with us:

(I wonder when we'll see some "spontaneous magic" like this?)

An interesting press piece about the WORLD ECONOMIC FORUM appeared in the Herald-Sun this morning.

It featured this interesting paragraph about our friend Greg Frewin (I love his last quote):

Whenever hobgoblins get in on the act, Greg Frewin takes note. The 44-year-old Canadian from Niagara Falls is the International Grand Champion of Magic, a title awarded by his peers in the $250-million-a-year illusion industry to the professional sorcerer who wins first prize in the world’s top three magic competitions.

Frewin, who manages his own $2 million theater and a staff of 50 assistants, has played the Tropicana and Caesar’s Palace in Las Vegas, and staged command performances for Toronto- Dominion Bank and the Canadian Imperial Bank of Commerce. Right now, he’s turning $100 bills into $1 bills.

“This routine is so popular that they used it at Lehman Brothers,” Frewin jokes.

As he tells it, there’s no difference between him levitating a scantily clad showgirl on stage and a credit-rating company elevating a subprime security on Wall Street.

“In both cases, the audience is led to believe they’re seeing the impossible become true” he says. “Illusionists call it misdirection.”

Do you love Tenyo's ingenious tricks but hate the fact that their made out of cheap plastic?

Well break out the champagne because JPS STudio are proud to announce the Tenyo ELITE series!

Classic Tenyo items made out of durable, professional grade aluminium for your collecting (and performing) pleasure!

Take a look at the website and smell the quality!

Am I the only one who finds this odd? 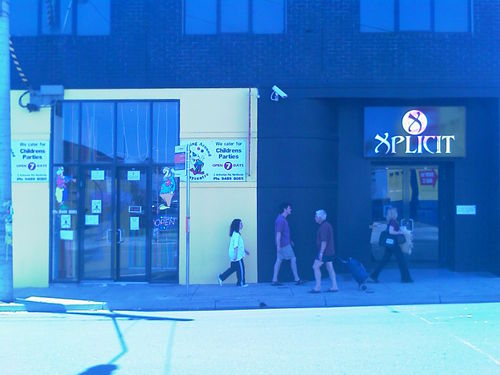 Magic Magazines... will they disappear?

Here is a question to all of you magicians and magic fans out there:

As you are aware, there are many magic magazines out there including -

My question is, do you still subscribe to any of them, and if not why?

Do you buy the odd issue from a magic shop if it catches your attention, or do you take advantage of Magic Magazine's new month-by-month subscription?

Or, at the other extreme, what about the Genii Magazine lifetime subscription offer?

Do you prefer the more visual DVD format of Reel Magic Magazine?

Do you get enough Magic News from the web with sites like iTricks, Magic Newswire and Inside Magic?

Do you keep up with everything in Forums like Genii, Magic Cafe, Magic Bunny?

Is the Magic NZ Ezine enough for you?

In this age of instant news, are magazines too slow in their reporting, or are they still worth it for the articles, tricks and ads?

Are Magic Magazines on the way out... or do you think they'll be around for a long time yet?