Just in time for Christmas

Perplexity, our extremely popular card effect, has been selling very well as an ebook for just $10, and now JUST IN TIME FOR CHRISTMAS we have a limited number of PEPLEXITY PACKS featuring the trick on CD Rom together with a complete Perplexity deck of cards ready to perform.

These are available exclusively from Magic Unlimited for $25 plus postage, by emailing me at Tim@MagicUnlimited.com

I finally got a call back from Matt Hollywood yesterday.

I asked about his 'Gold Medal Award for Magician of the Year', and he explained that was the Close Up award too.

He seemed genuinely concerned that I found this unethical and offered, out of respect, to stop using the fictitious titles in his promotion. I'm very pleased to hear this and look forward to the changes.

Unlike Steve, Matt has no issue with me using the phrase 'Australia's Favourite Magician'. 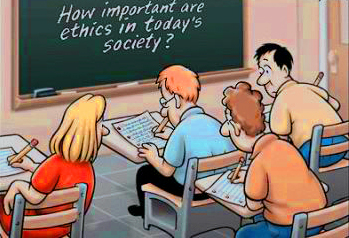 Magic is a funny business.

There are some things you would expect magicians to universally agree upon.

However, nothing seems to be black and white in this business.

Maybe it's not just magic either. I've been reading up about business ethics and it seems the goal posts are shifted quite regularly and their positions are determined by those who'll get most benefit.

As you, regular reader, are aware, I dared to point out a magician who is claiming to have won awards that don't even exist. The response from one magician, who does jobs for him, was harsh and the accusation of hypocrisy was made towards me.

Why? Because I use the by-line 'Australia's Favourite Magician' and, according to this man, that is just as unethical as claiming a false award. (I do wonder though, as ethics are subjective, if the person claiming the false awards feels he is being ethical?) And if I truly believed his theory that an accusation of hypocrisy automatically negates an otherwise valid point, I'd go to town on this accuser!

Kamal chimed in on the discussion and agreed that not only was I being unethical, but so is every other magician who calls themselves 'Australia's Finest Illusionist', 'Melbourne's Funniest Duo' or any such term.

Even the way winners of actual real awards should bill themselves was debated.

Kamal feels that only 1st place FISM winners can call themselves 'FISM Winners' (Several years ago FISM clarified that only first place winners are entitled to the term 'FISM Champion' and all FISM prize winners amended their billing accordingly) and 2nd and 3rd place winners can only call themselves 'FISM Award Winners' and not 'FISM Winners'. Anyone doing otherwise is, in his opinion, unethical.

A quick google reveals that pretty much all Award Winners are billing themselves as 'FISM Award Winners' anyway. Though in the first accuser's opinion, if you came 2nd or 3rd you didn't win anything - you lost - and as such are not entitled to use the word 'winner' in any context.

I have often heard the argument that it's okay for a beginner to copy a routine, especially a published routine, because you need to start somewhere. It's a training technique used in other art forms, especially painting, where the student copies the works of the great masters.

So you could say that is a legitimate justification for copying an act.

What about copying a fellow performers signature effect, when you are working in the same market competing for the same gigs?

Yet the 'business savvy' among us say that it's a good move because, when the client calls up asking for "the magician who cuts the tie", you can say "Yes, that's me. I do that trick!" and the gig is yours.

If you value money more than respect, I suppose you might consider that to be ethical behaviour.

RELEASING A TRICK AS YOUR OWN

This goes on way too much for my liking. I first encountered it up close in 'The Great Re-Pop Re-Poff'.

The majority of magicians simply wouldn't do this. You'd make way too many enemies in the community. But the majority of manufacturers who do it don't care about the magic community. They don't go to conventions. They don't seek respect or admiration. They just want to make a quick and easy buck and in the extremely creative but totally unprotected world of the magic inventor it's like shooting fish in a barrel!

The dodgy manufacturer just looks around at what's hot, reproduces it cheaply without the burden of research and development, and mass markets it - usually killing the original on price too.

Some will try to justify their "new release" saying the idea dates back way before the original creator came up with it... but it's inevitably a poor attempt at sheer, unadulterated justification that most magic scholars will see through instantly.

It's very sad, but no surprise that the 'Magic Fakers' site continues to grow.

Some magicians have set prices, some put their prices up if the gig is in a wealthy suburb, some vary their prices depending on demand (like car parks do on busy days). Everyone has their own price regime and can justify their reasoning.

But when a client is getting quotes and a magician asks "What price did so-and-so ask for? I can do it cheaper." That's generally considered a bad move.

However, especially in the wake of the GFC, those magicians desperate to feed their families might consider it a great business strategy. After all, it is a free market!

Some take it even further and accept ALL jobs, no matter what the fee, then farm out the work to cheaper artists closer to the date keeping the cream of the work for themselves (and charging the cheaper acts commissions too!).

But they say it's a great way to corner the market! After all, that advice comes from a book about business for magicians.

So are there any ethics in magic?

I'm not, despite what some say, putting myself up as an authority here. I'm a magician who has opinions like the rest of you, and I'm willing to state them. I'm also willing to discuss them openly in a reasonable and reasoned manner.

And I like to throw out a lot of questions to try to gauge the feelings out there, like:

* Is this a community of like minded people trying to do the right thing and behave like colleagues to promote the art they love - or is it just another cut-throat business?

* Will people stop calling themselves 'Magician of the Year' based on their creative reinterpretation of the title 'Magic Club Stage Comp Winner'?

* Is even a simple byline like 'Australia's Magician of the Mind' unethical because it infers that all of the other mentalists in the country are unworthy of the title?

So many questions, and at least five times as many answers.

One colleague said "I do what my conscience tells me and I sleep well at night." I'm sure most people do.

Some on much more expensive beds than others.

Mr Greggy is an enterprising magician. He's just released a range of MAGIC TRICK T-SHIRTS in time for Christmas. You can see a selection here.

He also has a variety of other designs, also available on aprons, hats, mousepads etc including the amusing 'Houdini Loved Milk' design.

You may remember there was a company called 'Dotcom Chrome' cold calling people a while ago with a "fixed price, 24/7, guaranteed placement AdWords campaign".

Now another company, 'Wisdek', is doing the rounds, calling people in Aus offering the exact same "deal". Like Dotcom Chrome there are dozens of threads out there with customers complaining about how they got ripped off.

From the Google Adwords Help Archive "Here's a rule that you can count on: any person or company that promises you any particular position, whether in the unpaid search
results or within AdWords ad, is misleading you."

There are also dozens of complaints about Wisdek in the Google AdWords Help Forum too, yet strangely enough, Wisdek is still a certified Google AdWords partner.

Posted at 07:09 AM in Complaints Dept., Telemarketers | Permalink | Comments (0)

An open invitation to magicians from 'Australia's Got Talent'

"Regarding the style of magic, we are after compelling performances and as you mentioned, sometimes what is more compelling is a levitating matchbox than a disappearing train.  You were right on the mark, it is a fine balance between what is amazing and what is unbelievable - and I think the best way to respond to calls for 'bigger and better' is to remember, what they are saying is, 'show us something even more amazing, captivating'.  By 'bigger' I think they are saying 'increase the stakes' or 'increase the perceived difficulty or impossibility of the trick'.  I'll leave the magical choices up to you, but you are right, for it to work, there must be that element of believability.  Like you said, changing a $5 note into a $50 in front of your eyes - that would be remarkable.

Perhaps the best solution for anyone who wants to get involved, but is unsure if their style of magic would suit the show, is to do a DVD submission?  They can simply upload a 2 minute clip of their performance up onto YouTube and send me the link, along with the completed application form.  Would love to see the magicians of Australia getting represented on this show."

I hadn't seen this before. Simon Taylor must be the first Australian magician to do a TED talk.

Sydney magician Steve Walker has an email newsletter he sends out on a semi-regular basis. Called 'MagiText: Limited Intelligence for Magicians'. Every few issues Steve feels the urge to include a comment about Sue-Anne or I. It's always unflattering and he usually dismisses any negative reaction to it as "It was just a joke."

In one of his recent issues, he included this statement:

"When it comes to spreading the word about Australian magicians claiming awards or honours that either don't exist or are not deserved, why is it that we usually get the news from 'Australia's Most Famous Magician' [formerly Australia's Favourite Magician']"

(A bit of background. Most magicians have a promotional by-line: "Australia's Leading Magician", "Australia's #1 Comedy Magician", "Australia's Best Mentalist" etc. I tried to be a little different and chose "Australia's Favourite Magician." The 'most famous' is the term we use when promoting Ellis & Webster as a duo. We have been referred to as "Australia's Most Famous Magicians" frequently when we tour the convention and lecture circuit internationally, and the phrase has stuck. The difference between a promotional by-line which is an opinion that cannot be proved either way, and the claim to have won an award, which is a fact that can be proved or disproved, seems to elude Mr Walker.)

"Isn't there just a tiny bit of hypocrisy there or is it just me?"

As I attempted to explain to Steve in several private emails, he is comparing apples to oranges here. The reference to false awards is about Matt Hollywood, who claims:

By accusing me of hypocrisy and ignoring the fact that Matt is making false award claims, Steve is doing exactly what another friend of Matt did and using the "But what about you" defense.

If you don't know who Steve is, his photograph appears on Matt's 'agency' sites, top right hand corner in the tuxedo:

I used to have a lot of respect for Steve, but he is really grinding me down with his constant little pokes.