Are they STILL in business?

Regular readers know I am NOT a fan of MAGIC MAKERS - the magic manufacturing company that seems to profit by copying other people's creations.

When HEALED & SEALED came out, they brought out CRUSHED & CURED COLA and claimed it was based on an "old principle". We all know that was a blatant lie.

Well now they have responded to critics by trying to "credit" the creators of the effects in the instructions they supply. For example, THE CARTOON DECK (a complete rip off of Dan Harlan's CARDTOON) says "Designed by Rob Stiff Magic Makers, Inc. - additional crediting is in the teaching video.
Credit in this category of magic should be to the brilliant mind of Dan Harlan.
Also, credit to the original effect in the same playing card flip book format with an animated magic top hat and dove flying out from 1954 & 1959 by Educards of Canada."

The credit to Educards is irrelevant as it was not a trick, but a flipbook using cards. Magic Makers simply added that to try to make it look like Dan Harlan's creation was not original either. 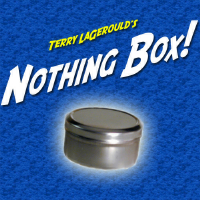 Another example, THE SECRET BOX is credited "Terry LaGerould is credited for this effect.
Terry has been performing magic & entertaining audiences for over 3 decades."

Yes, Terry did invent that effect. He called it THE NOTHING BOX and it's available at Penguin Magic. Magic Makers seem to have come up with the idea that if you credit the creator, then it's alright to rip him off! 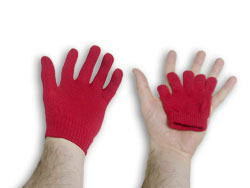 Another example, SHRINKING GLOVE ILLUSION. Credited "This effect is based on the 1997 Incredible Shrinking Glove by Rob Stiff." Rob Stiff was inspired by his own trick apparently...

No mention of Samuel Patrick Smith who has been marketing this effect for years. 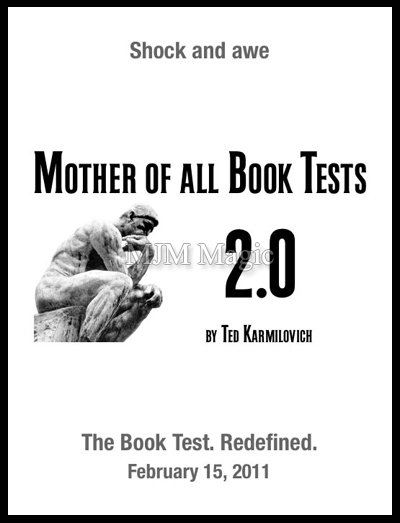 Perhaps the worst example is THE MILLION DOLLAR BOOK TEST. In the instructions, Simon Lovell points out it was based on an old UF Grant Magazine test. Correct. Several DIFFERENT book tests have been based on this principle- but Million Dollar Book Test is not a DIFFERENT book test, but a direct copy of Ted Karmilovich's MOTHER OF ALL BOOK TESTS. The only variation is that it includes four extra words, something the MOABT's originally had, but felt it weakened the effect so removed them.

What makes it worse is the title MILLION DOLLAR BOOK TEST is the name of another Ted Karmilovich effect - one that he published but didn't circulate. It's almost as if Rob Stiff is having a jab, letting Ted know he deliberately left his name out of the credits.

That's right, according to Simon Lovell is this thread on The Magic Cafe, Simon did not know THE MILLION DOLLAR BOOK TEST was the name of a Ted Karmilovich effect. Simon did mention Ted in the credits but spelled his name wrong. Simon said "I had heard of MOABT but, with research and assurances, learned that it was not a new principle ... simply an application of an older one."

Yes, it was an application of an older principle, but a unique application. Million Dollar Book Test was the EXACT SAME application.

Bill Palmer added in the same thread "To be absolutely fair, I must point out that this is completely legal. Ted K. did not originate the principle used in MOAB. Although he has copyrighted the text, if someone else has written a new novel that uses the same principle, then there isn't anything we can do about it except write bad reviews of it."

Yes, what Magic Makers is doing IS legal. Some would say it's good business bring out "generic", cheaper  versions of popular tricks. But magic is a cottage industry. It's hard enough trying to make a profit after spending all the time and effort creating a new trick without someone else copying your idea and selling it to your customers cheaper than you can.

A lot of magicians understand this and strive to support the creators, which is sensational!

As for Magic Makers and their continual copying of effects and attempts at rewriting magic history... I guess we as a magic community only have ourselves to blame if they are still in business...