Sue-Anne, Lee Cohen and I went out the other day to see the movie 'Adam' (see trailer above). It's about a guy with Asperger's Syndromre - the way he lives, the way he interacts with the world, and the way he tries to form a relationship.

I certainly related to a lot of the things Adam did, and the way he behaved, but according to Lee & Sue-Anne, I was more like Adam that I realised!

At first I was worried it was a bad thing, but I was reassured by both of them that it's fine. They've coped with my eccentricities for many, many years so far and pretty much gotten used to them.

But it was interesting just watching "my life" from the outside and seeing how weird I must appear to be to everyone else.

Go see the movie though. It's funny, charming and will make you smile... and realise that some strangers are a little stranger than others...  ;)

I just heard that I've been nominated for a Recognition Award at the Austism Spectrum Australia (Aspect) Awards. The ceremony is in Sydney of May 28, but unfortunately I'm unable to attend.
Aspect has just released a TV commercial to help people become more aware of what Autism is. It is a broad spectrum with people at one end appearing to all intents and purposes "normal", while those at the other extreme can be like 18 month old toddlers, needing constant care and supervision.
The commercial just touches on some aspects most on the spectrum can relate to. I know I can.

AspyCadabra is the title of my new solo show (thanks Nicholas Johnson) coming July 8, 9, 10 & 11 for The Melbourne Magic Festival.

The show will feature a lot of my favourite routines including

and a whole lot of surprises!

The show will be woven around my life as a magician and how Aspergers has helped, and hindered, my career. 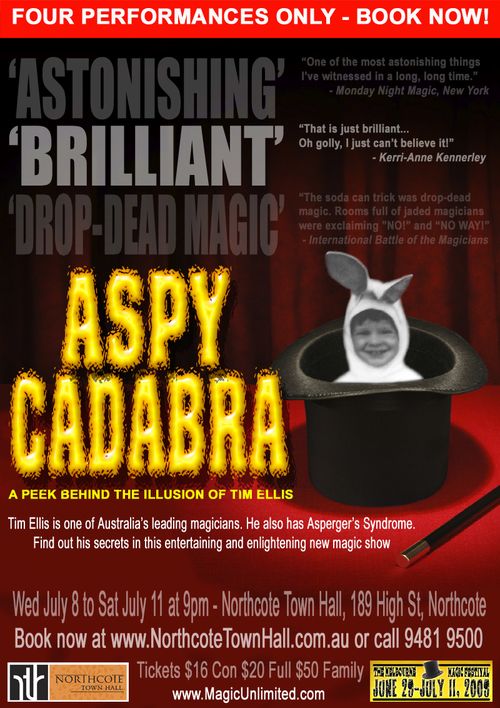 Tickets go on sale JUNE 1 at www.NorthcoteTownHall.com and, if you have your Golden Ticket from last year you'll be able to buy 2 for 1 tickets!

If you are interested in bring a large group (20 or more) I am taking reservations for groups now. Call 03 9486 4445 or tim@magicunlimited.com

I popped in to Northland today to grab a bite for lunch and, in my usual Aspy way, I couldn't help noticing a few odd things.

Like the fact that the Indian Food place was called 'Salt N Pepper' when I'm sure they meant to call it 'Sultan Pepper'.

And, of course, this weird menu offering at the Manhattan Diner. 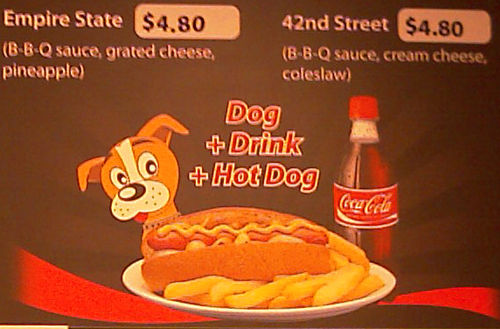 A few years ago, David Birchall mentioned to me that when he first met me he thought I was "aloof", almost snobby, and it appeared as though I thought I was "too good to talk" to him.

Unfortunately, that's one of the major drawbacks Aspies have.

This post on Gavin Bollard's 'Life With Aspergers' blog is very helpful to those who are interested in understanding our condition rather than just judging us.

I can certainly relate to the situation Gavin describes, and the other common situation we find ourselves in is when we are in a crowd or are meeting new people. Eye-contact is virtually impossible for us, which often leaves the new person feeling snubbed.

David told me it took him almost ten years before he met up with me again and we got chatting that he realised I did actually like him and he'd misunderstood my social awkwardness for aloofness. 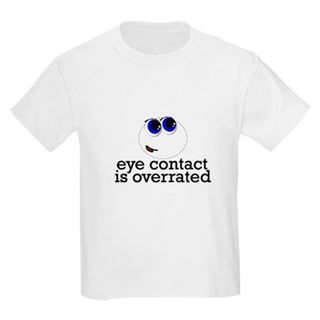 A lot of people ask me about Aspergers. What is it, can it be cured?

Wikipedia has some fairly clinical information about it, and the Aspergers Syndrome Australia website is fairly helpful too. But this blog by an Australian aspie is really fascinating to me.

This is a great online quiz you can take to see if you're an Aspie or an NT (Neuro Typical).

I'm as Aspie as Sue-Anne is NT! Where do you fit on the scale?

Following is a clip from a new movie about a man with undiagnosed Asperger's Syndrome. Those who know me very well, might feel a sense of dejavu in this scene!

This is a clip from 'Mozart and the Whale', a movie about two Aspergers falling in love.  In reality, a virtual impossibility! ;) But to me, a very funny clip. (Thanks for the heads-up Nicholas J).

Finally, a clip from 'Being There', with Peter Sellers as the ultimate Aspie.