Have a great Christmas! See you after the break

While Sue-Anne has been off in Turkey for the last two weeks, I thought I might get a little break. Relax. Catch a movie or two. Bust out the Wii. Learn to use my iPhone...

Please take a moment to read my brother's blog about his new born baby Talia. She turned a week old yesterday, but she is facing tremendous obstacles.

Any parents will empathise with the difficult situation Jeremy and his wife Jan are in.

We ask that you keep them all in your prayers.

Not so cute anymore...

For the last few weeks we've heard odd scratching sounds eminating from Sparks & Bandit's favourite spots... under one of our lounge chairs.

Looking under the chair the other day I noticed a small pile of fluff.

I pulled the chair away from the wall today and discovered this. 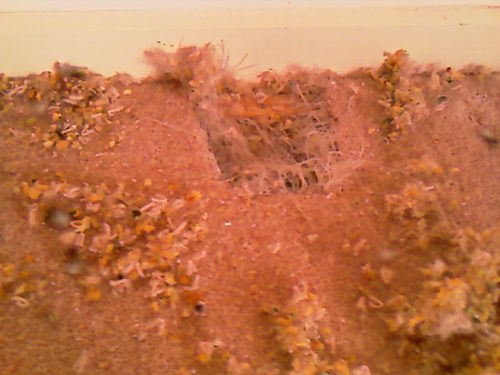 This is what the carpet used to look like. 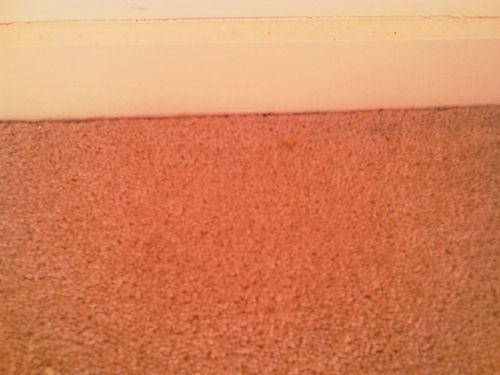 Sparks and Bandit seem very proud of their handiwork 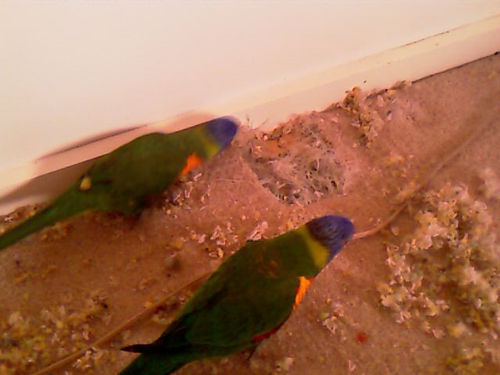 They've managed to somehow dig through the carpet and the underlay all the way to the bare floorboards and create a lovely square hole that Bandit thinks is a really nice nest. 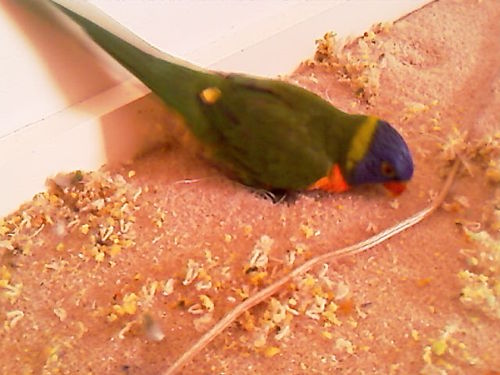 All I wanted for Christmas was a painting of our two Lorikeets. Sue-Anne granted me my Christmas wish. 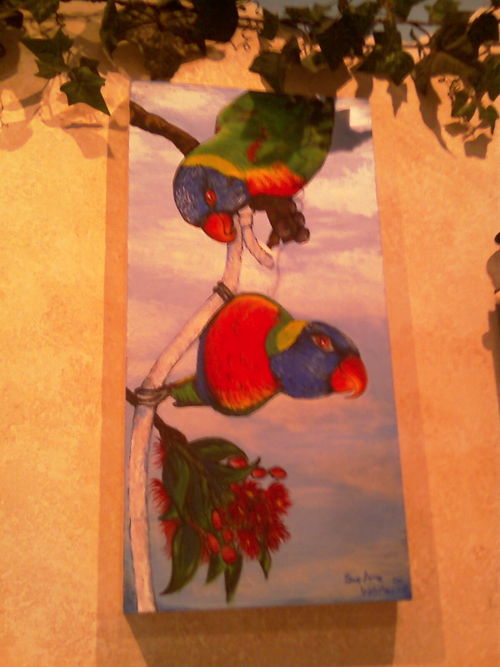 We just received the sad news that, on Sunday, David Birchall passed away in Queensland.

David was a good friend of ours and an innovative comedy magician from my era who created the theatrical act 'The Amazing Nigel & Harry'.

His character Nigel was an 80 year old vaudeville magician who tried to perform magic, but his tricks rarely went right and always to hilarious effect. The 'Harry' of the act was his assistant, an even older gent confined to a wheelchair who would give the occassional drum-roll when he hadn't nodded off.

Who will ever forget Nigel apparently not noticing Harry accidentally rolling off the stage at the 1996 Australian Magic Convention?

David's act was a huge favourite with 'Hey Hey It's Saturday' where he appeared almost as often as Harry Houdidn't and The Amazing Jonathon.

Sadly, David was very ill for the last part of his life. He was given only a year or so to live about ten years ago.  Despite his illness he had a great faith in God and, though very sick, still kept in touch with his friends in magic. A few years ago he even played a major role in sending a paedophile out of the magic scene and into jail.

David brought a lot of laughter to a lot of people through his magic, and in many other ways he made the world a better place for the rest of us.

I've been feeling a little down over the last two days. Some people know there is a little group of people who's main aim in life seems to be to bring me down. They've been circulating rumours, gossip and making threats to my friends - and they've been working so hard at it that some people are even starting to think that maybe their lies are true.

I've got a very thick skin, and I've copped this sort of childishness for most of my performing career. It all began when I got on TV the first time (The Earlybird Show) and someone else thought it should have been them.

I think my Asperger's helps the insults run off me like water off a duck's back, but now they're starting to attack Sue-Anne as well, and even some of my other friends who are standing up against them and saying "No. You can't say things like that about Tim!"

Of course, that only infuriates them and makes them more aggressive.

So, I started feeling a little worthless, and then today, out of the blue, we got three lovely emails from magicians we've never met who just wanted to write to say how much they loved our work! Sam, Kelly and Nathan, thanks so much for writing. I just wanted to know that your timing was inspired and we both really appreciate the encouragement thats come just when we need it the most! What's even more amazing is that these three are (I think) Christians, so don't tell me it was just a coincidence! ;)

To top it all off we just did a show tonight at Rod Laver Arena where Russell Gilbert was compering. I hadn't seen Russell for years but it was just like "old homes week" and we chatted on for ages about "the old days" when Russell used to drop into my house in Clifton Hill whenever he was passing by and session. We swapped a few tricks, and he even did his cigarette manipulations after our show. He was very excited about The Melbourne Magic Festival and is aiming to catch a few shows next week.

So, my depression is over! I was getting sucked into the little fantasy world of lies and blackness but now I've been dragged back into reality! They can keep gossiping - I've got magic to do! 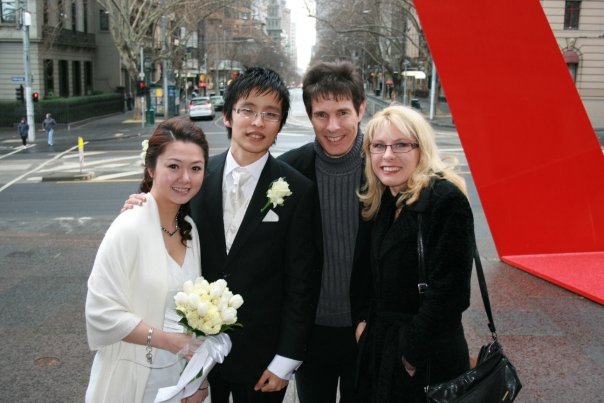 Special congratulations to Jade (our favourite AIM finger flinger) who married his fiancee April yesterday in the midst of Melbourne's winter. The ceremony took place in the beautiful Old Treasury building at the top of Collins Street and they're off to honeymoon in the sunny climes of New Zealand. 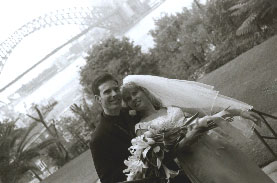 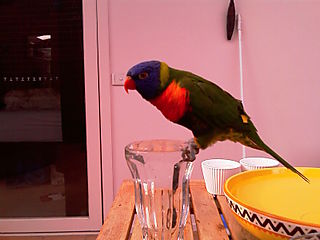